I didn’t know why at first, but as I continued with my physical recovery, certain sights, smells, sounds, etc. would set my brain and central nervous system on fire.  A helicopter fly-by, the sound of sirens (music to my ears for the previous nearly 30 years), the shrill of a crying child and being in the geographic region of my accident location were four triggers that would cause unbearable panic and anxiety, which in turn, would lead me to thinking of and visualizing quick solutions to this physical, mental and emotional turmoil.

After my first visit to my psychiatrist (BTW – I freaked out on the elevator – not enough air or space – while going up to the THIRD floor!), I learned that not only was I missing the bottom 2/3’s of my L mandible and half my teeth, but I was also suffering from Acute Stress Disorder (ASD).  ASD, if not effectively stabilized, transforms into Post-Traumatic Stress Disorder (PTSD) after about three months.  He would prescribe Cymbalta and Xanax, which would and did help fairly quickly.

I was in trouble! I was on a liquid diet, mentally and emotionally unstable and not an active firefighter for the first time in nearly 30 years.  The entire upper portion of my torso, neck and head was green, yellow or purple from the impact of the rock and associated surgery.  I often wished I would’ve died, or wished I was dead.  I was either angry, sad, scarred or depressed all the time; sometimes, all four at once.

Finding a fire service-oriented PTS counselor was not easy.  There is a movement afoot to lose the “D” for Disorder in PTSD, due to its negative connotations; who wants to have a disorder?  As previously mentioned, Jeff Dill hooked me up with LFMT Tina Casola, who had done extensive PTS work with returning military vets and her office was about 30 miles from my house.

She helped me process, understand and maneuver this ASD stuff, which was making the transformation into PTS.  The helicopter rotor noise and other issues took me right back to the accident date and time.  Even though I was unconscious during my helicopter ride, I could subconsciously hear the rotor for my 20-minute flight from the Level 2 to the Level 1 Trauma Facility.

Over the course of the next year and roughly 18 visits, Tina would take me to hell and back numerous times, with “a pom-pom in one hand and a whip in the other!”  She uses a counseling process called Cognitive Behavioral/Prolonged Exposure Therapy.

My synopsis of the therapy:  Through a very calculated and strategic process, if you are afraid of heights, you go bungee jumping; or, if you’re afraid of spiders, you spend the night in a cave.

At one point, we were sitting in the dirt (at the precise location, where on July 2, 2014 at 09:00 AM, I lay unconscious, bleeding to death), looking for any of my teeth that may not have gotten picked up on accident day (photo)! 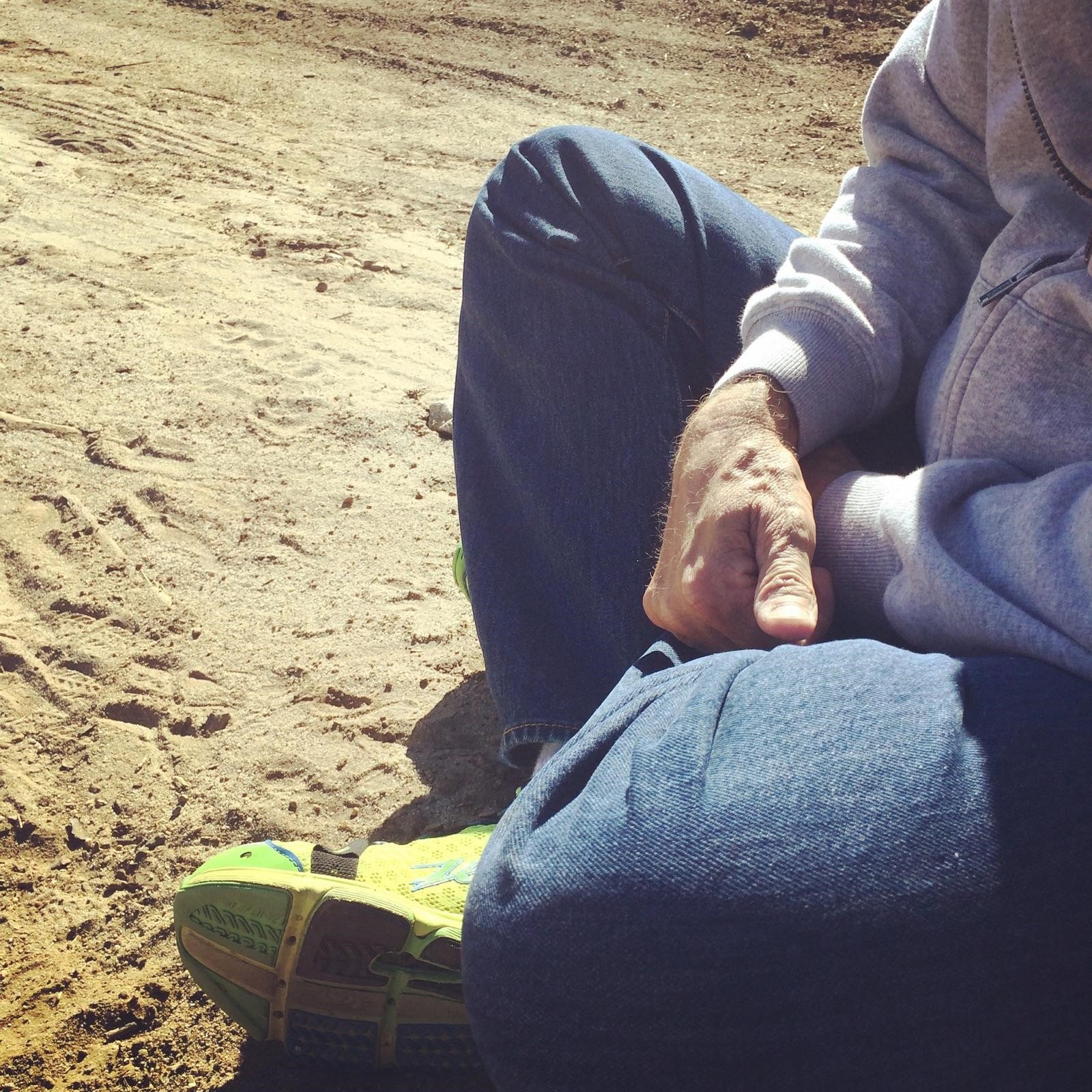 It was a very difficult process, but it gave me hope!  Something that was long gone.  I eventually visited the Level 2 Trauma Center, where three of the staff broke down into tears when I walked into the ER.  After a tour of the ER and a better understanding of what occurred on that fateful day, I went out to the helicopter LZ and sat down, by myself and cried for 10 minutes.

A person can go a week or 10 days without food, four days or so without water, four to six minutes without oxygen, but it’s nearly impossible to live a single second without “hope.”  Tina gave me hope!  I am still seeing her, but on a less frequent basis.  We are trying to get the word out about PTS in the Fire Service and the help that is available.

Note: If you would like Matt, Tina or both of them to share this story at your location, please let us know, we will try to arrange for that.