Home → About Us → Team Members

In 2009, founder Jeff Dill, organized Counseling Services for Fire Fighters. CSFF was established based on the tragic events that surrounded Hurricane Katrina. When speaking with firefighters who returned after serving the community of New Orleans, he heard the pleas of firefighters who had a difficult time talking with counselors who did not have any firefighting experience. They became frustrated and never did seek the help they needed. It was CSFF mission to offer behavioral health workshops to support firefighters, train senior officers and educate clinicians on the benefits of understanding the life and emotions of firefighters. On 12/31/14, CSFF donated all of their intellectual property to FBHA.

In 2011, Firefighter Behavioral Health Alliance was organized based on the decreasing funds available for training at the Fire Department level and the staggering number of firefighter suicides. FBHA was established to directly educate firefighters/ Emergency Medical Services (EMS) personnel and their families about behavioral health issues such as depression, Post Traumatic Stress Disorder (PTSD), anxiety and addictions, as well as firefighter suicides. Through businesses, community support and sponsorships, it is our hope that the workshops and services will be offered at low cost or no charge to those in need.

Jeff holds a Master’s degree and is a Licensed Counselor. He is a retired Captain from Palatine Rural Fire Protection District in Inverness, Illinois and is a member of the American Counseling Association and National Board of Certified Counselors.

As of July 1, 2021, Jeff accepted a position with the Las Vegas Fire & Rescue as their Behavioral Health Administrator.

Jeff Dill, and those working with FBHA, are dedicated to educating firefighters and emergency service personnel on the importance of behavioral health and suicide awareness. 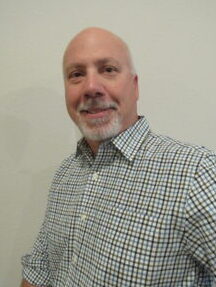 Jennifer “Jen” Cramer has a Master’s Degree in Counseling from The University of Akron and is a Licensed Professional Counselor with the State of Ohio. She is experienced in working with victims of sexual, physical, and emotional abuse, traumas, PTSD, grief, addictions and developmental disabilities. Jennifer is married to a Firefighter/Paramedic and has three children. Jennifer is an officer in the NCFD Auxiliary and enjoys traveling in her free time. 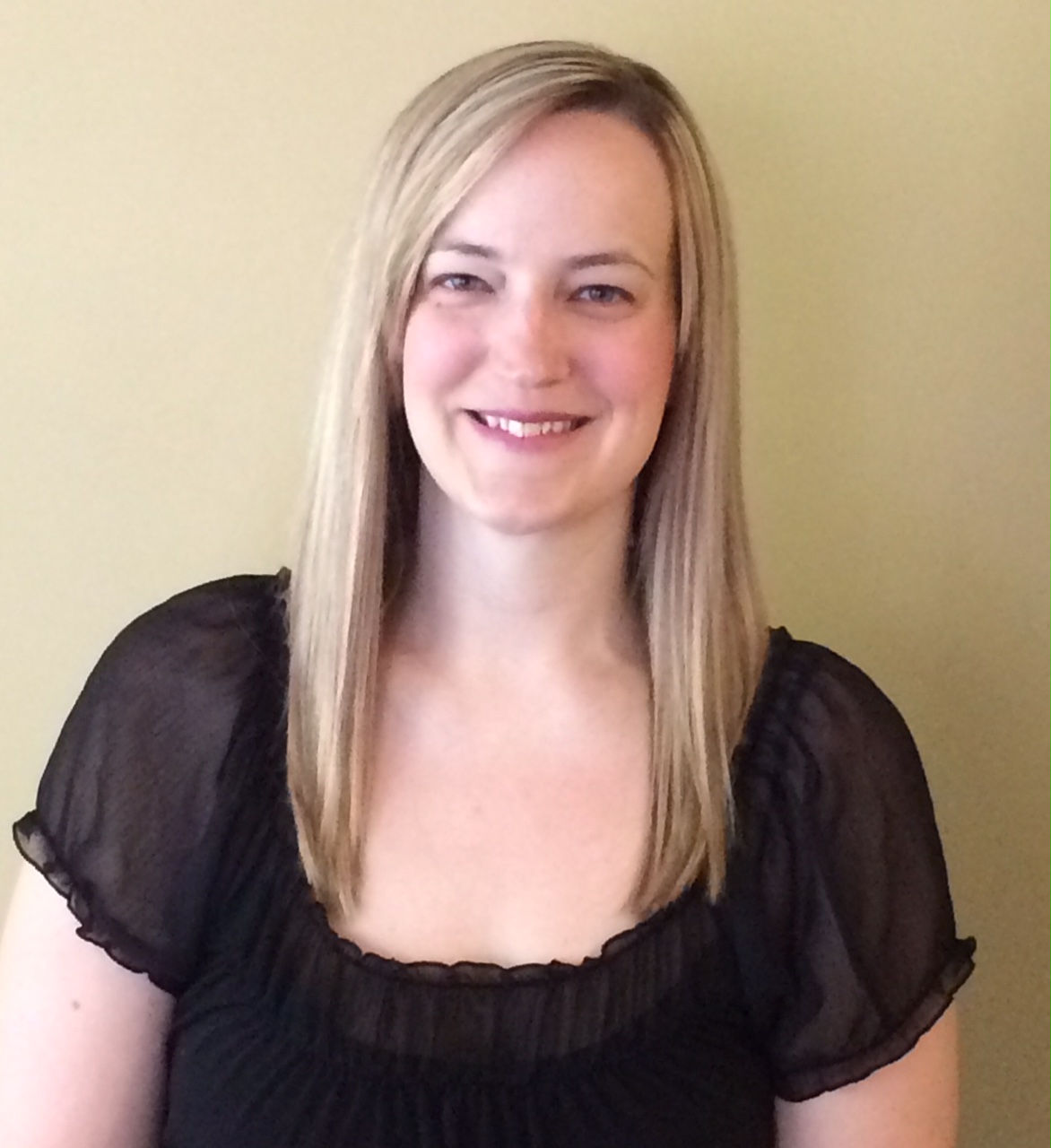 Robert holds a Bachelor’s Degree in Fire Service Administration from Waldorf University and a Master’s Degree in Pastoral Counseling with a concentration in crisis response and trauma from Liberty University. He is passionate about helping first responders and veterans build coping skills and resiliency and stopping suicide amongst their ranks. He believes that stress management programs and practices are an essential part of building a resilient first responder.

Robert currently resides in Alabama with his beautiful wife Kristi and their rambunctious sons, Baylor and Cash. If he’s not enjoying the blessing of being a fire service professional, you can usually find him with his boys sneaking into a tree stand somewhere looking for a big whitetail buck. 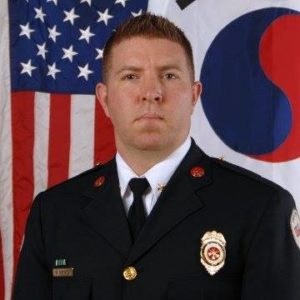 Ryan S. Gallik is an award-winning international speaker, trainer & business consultant who works with organizations to build high-performing occupational safety, health and wellness programs. He is also the author of Silent Mayday, The Clinician’s Guide to Working with First Responders, which was published in 2019.

Ryan has over 20 years of experience as a First Responder. He started his career as an EMT in the heart of Orlando and a few years later became a Firefighter, where he began working for the City of Tavares Fire Department (FL). In 2007 he graduated Paramedic school and started serving with the City of St. Cloud Fire Rescue (FL) as a Firefighter/Paramedic until an early retirement in 2018 due to his lifelong hearing deficit.

Ryan has many years of experience serving on; including developing Peer Support Teams and Critical Incident Stress Management (CISM) programs and has worked with many physicians and clinical professionals such as psychiatrists, psychologists, licensed mental health counselors, and others to create initiatives and partnerships with industries, and refer individuals to clinicians that have the area of expertise that one needs to find their post-traumatic growth.

Ryan actively serves with the State of Florida First Responder Suicide Deterrence Task Force. In June 2021, Ryan was appointed as Board of Directors for the National Alliance on Mental Illness-Greater Orlando Chapter (NAMIGO). NAMI is the nation’s largest grassroots mental health organization dedicated to building better lives for the millions of Americans affected by mental illness.

Ryan is an avid and experienced traveler, having visited 5 continents, more than 30 countries, and all 50 states, most of them twice. He has a passion for people, culture, culinary arts and exploring the world through local cuisine, and the arts. 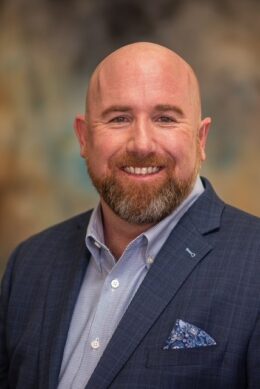 Julie Bevers has been the resident Chaplain for FBHA for a few years now and is an integral part of our Fire and EMS survivor families program. Here is a little information about Julie and her vast experience.

Julie wants to live in a world where people allow themselves to laugh like a loon when something is funny, and cry as much as they want to cry when they feel sad, judgement-free from others and themselves.

Julie’s mission to serve 1st Responders and their families needing support began years ago when she saw the need in the fire service. She combines her experiences as the wife of a firefighter for 25 years, a Life Coach (she is affectionately known as “The Marriage Whisperer”), and a Trauma & Crisis Chaplain. As if these skills weren’t enough, Julie continually seeks out the very best training opportunities and resources so she can stay relevant and ready to serve 1st Responders.

When she’s not working as a Coach or Chaplain, Julie loves to spend time with her friends and family. She especially enjoys date nights with her husband, making her 3 adult children’s eyes roll, and giggling with her granddaughter. 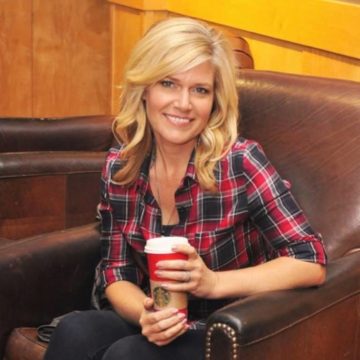 Emily is a 2007 graduate from The University of Illinois Chicago with a degree in Marketing Communications. During her college years, she had multiple internships specializing Marketing and Customer Communication. She spent the following years after college working as a Flight Attendant for United Airlines. She enjoys traveling, horses, watching football and spending time with her family and friends. She currently resides in Phoenix, Arizona with her husband, 4 children, 4 dogs and 2 horses. 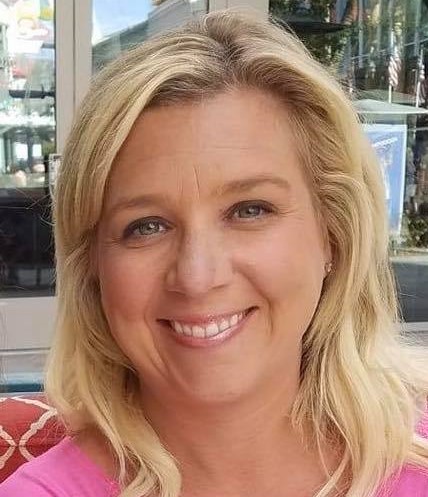